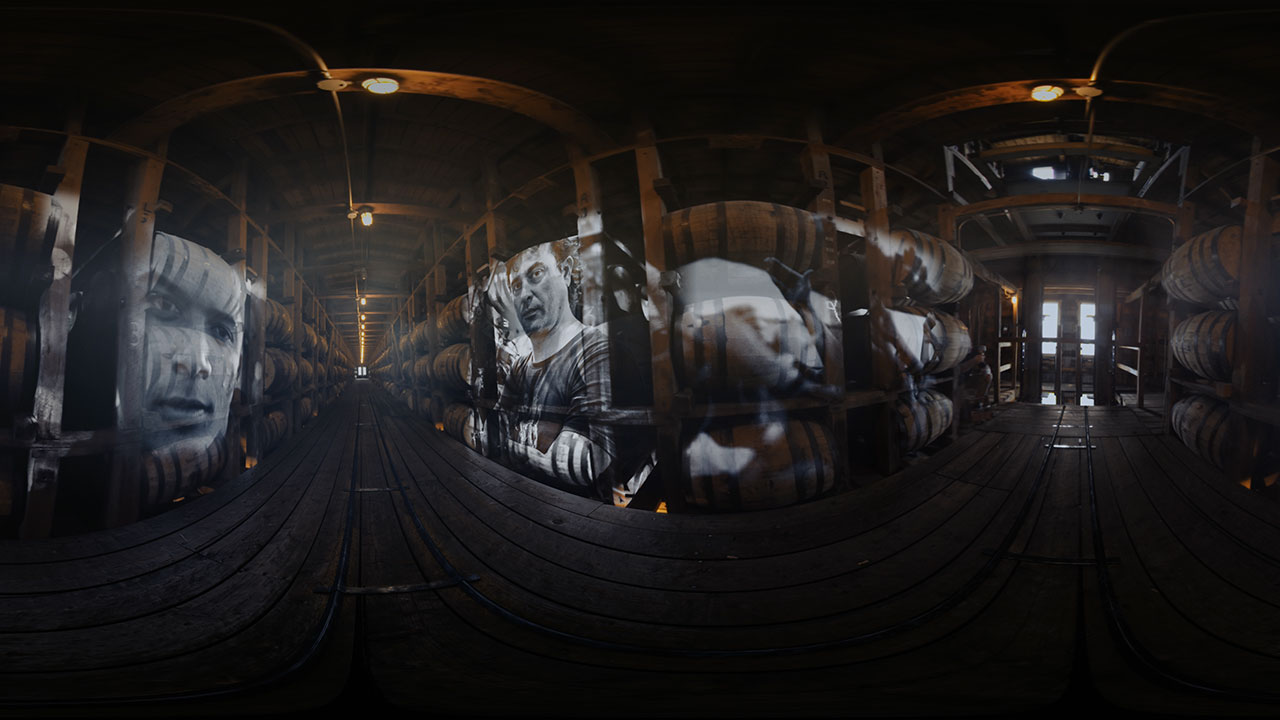 The experience gives fans of Jack Daniel’s—celebrating its 150 years within the spirits industry -- a behind the scenes look of the distillery grounds in Lynchburg, Virginia by using a VR component. The visuals were produced in ‘mixed time’ where moments are slowed down and are perceived as still, allowing viewers to linger in moments while exploring sensory rich locations.

We caught up with Bowe and Rama, who describe their experience in bringing the final piece to life.

We both love the three biggest components of this project; storytelling, emerging technology and whiskey, so collaborating on this was a natural course. The advantage of having two directors work on a lot of detail filled with story beats gave us each a partner to constantly riff with and bounce ideas off of to create a 360-degree story.

Bowe: We used a couple of rigs for this, depending on the circumstance and what type of images we needed to capture. We built, 3D printed and manufactured in house, each housing and rig used to shoot this. We wanted to be nimble and lightweight for our aerial introduction scene, flying over the Barrel Houses at sunrise, so we used a six-camera rig populated with Go-Pro Hero Cams, five on the circumference for the panorama, and one that looked straight down. We also had a single camera on the top of our drone looking up to capture a clean sky plate.

Rama: We wanted the piece to have a heightened sensory quality. When our senses are turned way up, it feels as if time slows and we can hear every heartbeat between the seconds. It’s a powerful feeling; one that I wanted to inspire in our audience.

Our mixed time creates meditative and thoughtful moments, allowing the viewer to inhabit a rare and breathless space and time. We selectively slowed down, froze or allowed elements to run at real-time, all in the same timeline, creating a cinemagraphic approach to VR.

Rama: We want the viewers to feel connected to the craft and story of American Whiskey in this experience. To have appreciation for the detail, history and passion behind the time honored tradition of making whiskey. We want them to be transported to a very special place called Lynchburg.

Bowe: This isn’t just a VR film. It’s a love letter to American hard work, craft and the water of life. It’s the Story of American Whiskey.

Watch the Behind the Scenes film at the top of the page and learn more about Jack Daniel's 'Storytelling: VR Experience'.