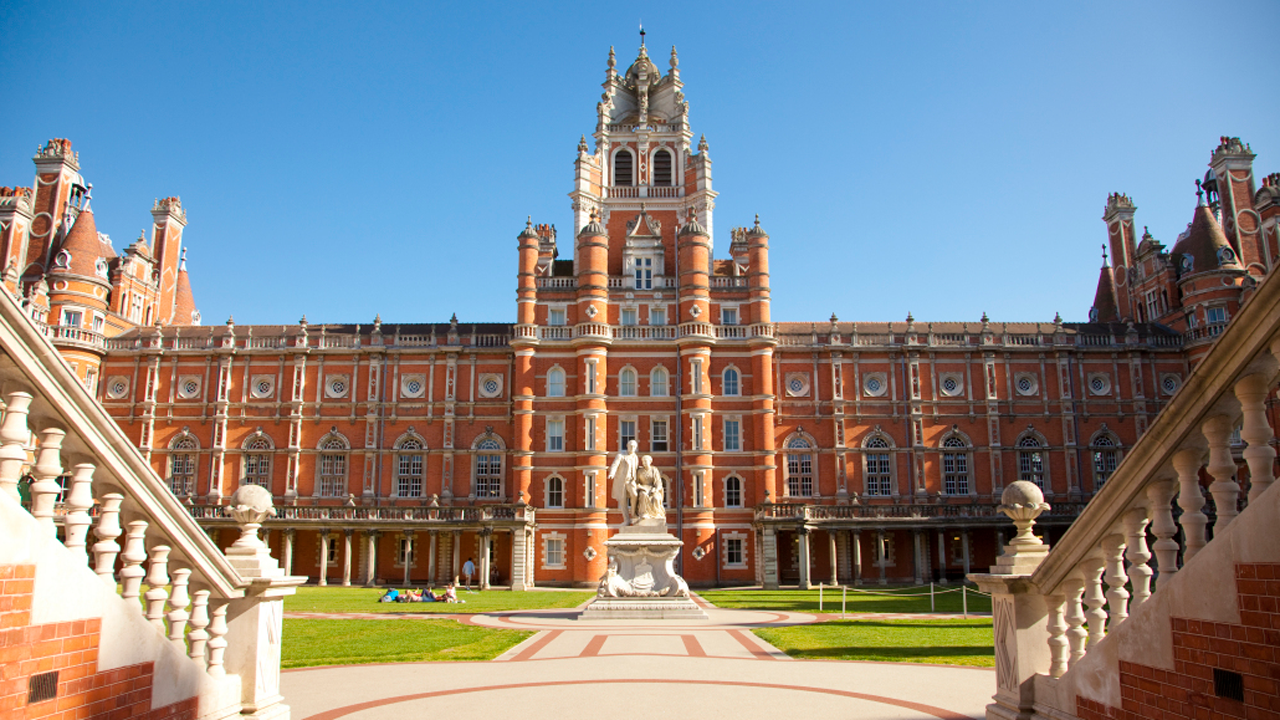 Mill Creative Technology Designer Nuria Quero Bellosta, an integral member of the  team behind the award winning projects Fanta’s ‘Twisted Carnival’ and Nickelodeon’s ‘Screens Up, has begun teaching a module at the esteemed Royal Holloway University. She will be educating university students on all things interactive.

How did the opportunity arise to begin lecturing at Royal Holloway?

It was a very nice coincidence. One of the tutors I had when studying my BA in Barcelona also moved to London around the same time as I did, as a Lecturer at Royal Holloway. For the past two years, I’ve been going there to do workshops on specific subjects such as User Experience Design or Introductions to Sketch, a vector graphics editor.

I love teaching and so upon my friend’s return to Barcelona, he offered me the opportunity to replace him. I had the chance to build the content for the course from scratch and adapt it to my own experience and skills, so I couldn’t say no.

What can we expect from Coding For The Arts?

Anything but coding - at least for the first part. “Coding for the Arts” is a two-part module for students doing the Digital Media Culture and Technology BA at Royal Holloway University.

Students can expect lessons where we’ll discuss user-centered design, interaction, usability, and visual communication, activities to enhance their creativity and collaborative skills and a final project where they’ll have to put everything into practice to prototype an interactive experience of their own.

The end goal for the first part of the module is to put the students in a designer mindset, so they can face the second part where they’ll be coding, from a different perspective.

What do you consider when planning a lecture?

Instead of teaching a lot of content, I try to focus the whole lecture around a few concepts. I am aware that each one of these would be enough to teach a whole degree, so I try to keep it quite simple and show them lots of examples so they can put them into practice.

As an example, the first class was simply focused on interaction and usability. To help them understand these concepts, I suggested situations they could relate to, like using their phones or an ATM. Based on that, they had to think about some scenarios: what happens when something goes wrong or how these devices are designed to fulfill usability goals. Thus making them see how all of this revolves around the idea of user-centered and user experience design, which is basic for any designer.

I also consider the degree they are taking: they are media students, so most of them will go to work on film or projects that aren’t necessarily involved with interaction design or creative technology. I try to leverage that and show examples from a cultural or artistic background, instead of showing products they already know, like Amazon or TikTok I try to introduce interactive experiences that might appeal to them.

Are the lectures practical or theory based?

It depends on the lecture, but I try to balance it. There’s usually a bit of theory, explaining the core concepts for that lesson, with lots of examples and questions that encourage further thinking amongst the students.

There’s also a bit of practice. This can be either on how to use the theory on their projects or on how to use specific tools like Sketch to create wireframes and prototypes. The goal is for them to have the tools to develop a project, from ideation to final prototype, and guide them as much as possible on everything that goes in-between. If this means that the content has to change, so be it.

How has your industry experience informed your teaching?

It has given me a great position to teach students how things work in the real world whilst being in a safe environment like a university. I can encourage them to take risks and be endlessly creative, but also I can tell them how things get made and what it takes to push a project to the finish line.

Have you noticed an increased interest in Creative Technology as a result of it being heavily embraced by social media companies?

Yes, absolutely. We are very lucky to have access to cutting edge technology, but this means that we are in a bubble. When it comes to the general audience, most people didn’t have access to things like augmented reality that long ago.

The social media companies have democratised access to very complex technology, not just in consumption but also in creation, and we are currently living and expansion in this type of media that is very interesting to be part of. I’m looking forward to seeing what happens once we get WebAR, erasing barriers even further to access augmented reality experiences. Exciting times.

In terms of content, I’d love to see an interest in creating more artistic or cultural effects, or the ones that use all the possibilities of the platform to create very engaging experiences - like The Mill’s Tate Britain ‘Untold Stories’ or the latest Mark Ronson music video.

As a female in the Creative Technology sector how important is the increase of diversity in the industry?

We could be talking about this for hours: it is essential and I can’t think of any future for creative technology if we don’t take this seriously. As a woman in this industry, I know that I’m already in a privileged position. And we are indeed gaining ground when it comes to equality with men in the field, and more women are getting into higher positions in creative tech.

But I don’t think this is enough. It is a start, for sure, but there are still too many barriers to get into it, and too many prejudices and criticism that we have to fight. If we extend this question not just to gender, ethnicity or socio-economic status I truly believe that a diverse work environment shouldn’t be something that we mention from time to time, but something essential and that we fight for every day. We don’t want to look back in a few years, and think of all the opportunities we’ve missed because we had the same people with the same ideas, following the same trends leading everything.

I’d like to personally mention initiatives like Triangirls, Hexagon UX or Tech Ladies, amongst many others, who are doing amazing work connecting, empowering and supporting women and non- binary people in the community.

Check out some of Nuria’s work HERE