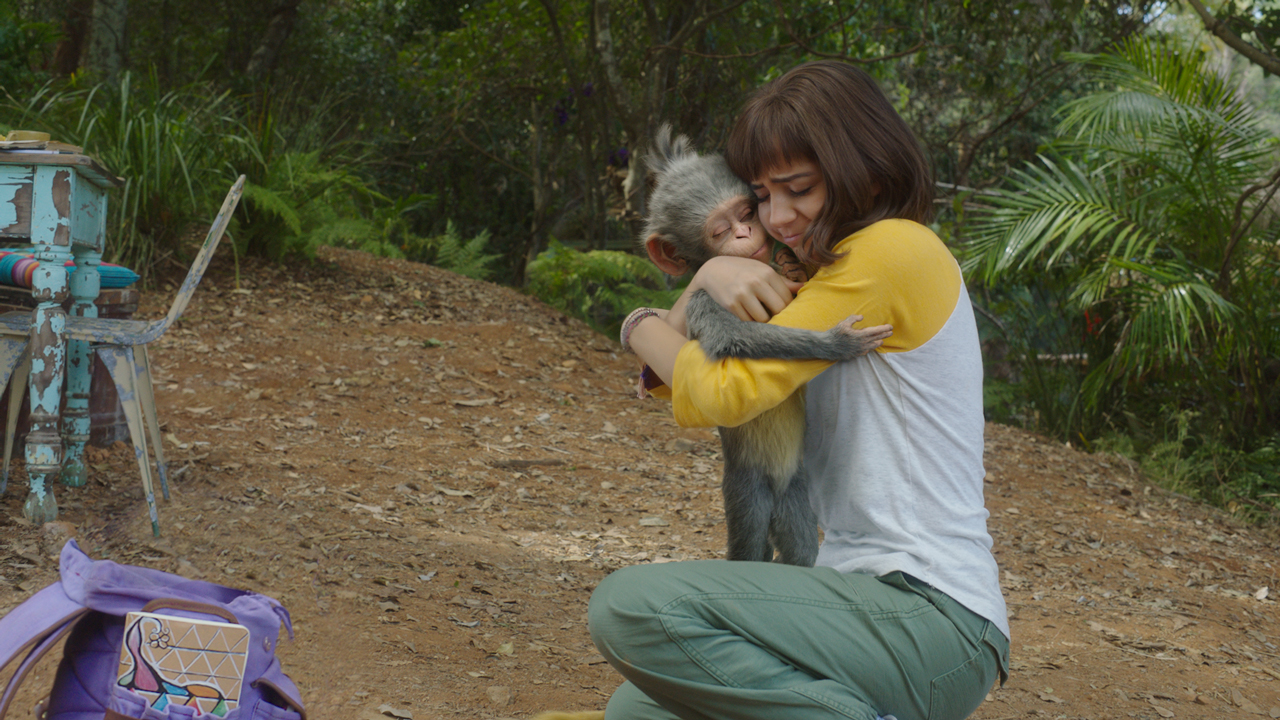 The new feature from Paramount Pictures, Paramount Players, and Nickelodeon Movies is the first live-action treatment of the popular Dora the Explorer animated series that debuted on Nickelodeon in 2000. Mill Film worked on many of the movie’s most memorable scenes – from the opening sequence that pays homage to the original series, to the epilogue’s montage of animation shots – with work ranging from character and creature animation to set extension and jungle and water FX.

In tribute to the series – the first to feature an animated Latina character in a leading role as well as the longest-running American TV show with Spanish-speaking characters – director James Bobin embraced the idea of merging its classic 2-D style of animation into the “real world” version he was creating.

“The old Chuck Jones cartoons were a great source of reference,” says Lindy De Quattro, Production VFX Supervisor. “We pushed the physics for our CG characters on broad actions just slightly beyond reality, giving them a couple of frames more hangtime or making them arc through space with a little more zip.”

As a filmmaker, Bobin encourages creative expression, which gave the animation team free reign to come up with  gags and ideas to elevate the live action, while supporting the story and character arcs of Dora and her friends.

“All of the animals in the film have an underlying personality and we gave them backstories and attitudes, even if they only appear for a couple of shots,” explains Matt Everitt, Animation Supervisor, Mill Film. “They all behave as animals, but they also have a point of view on the scene; some are aware of the camera, some are aware of the actors and listen to the conversations happening in front of them.

Among the trickier tasks was getting the design just right for Swiper, the series' antagonist. "The aim was to find the balance between a real and cartoon world,” says Mill Film’s Adam Paschke, Head of Creative Operations. “One in which our hero can interact with a mask-wearing fox without missing a beat. We pushed the design of the characters and the physics of the performance to be a blend of these two aesthetics."

The team also ensured that Dora's best friend and confidant Boots would reflect the original, even as they researched real monkeys to influence his overall look.

“We often described Boots as part monkey and part cheeky, 9-year-old boy,” says De Quattro “sometimes he moves like a monkey and sometimes he might have slightly more anthropomorphic mannerisms. The three prongs of hair on the back of his head were often used to help sell his mood – sagging a little when sad and springing upright when happy or attentive. Overall, the movie was a joy to work on and that really shines through in the work.”

All Images are © 2019 Paramount Players, a Division of Paramount Pictures. All Rights Reserved.