Behind the Fun Country music video with Greg Gangemi 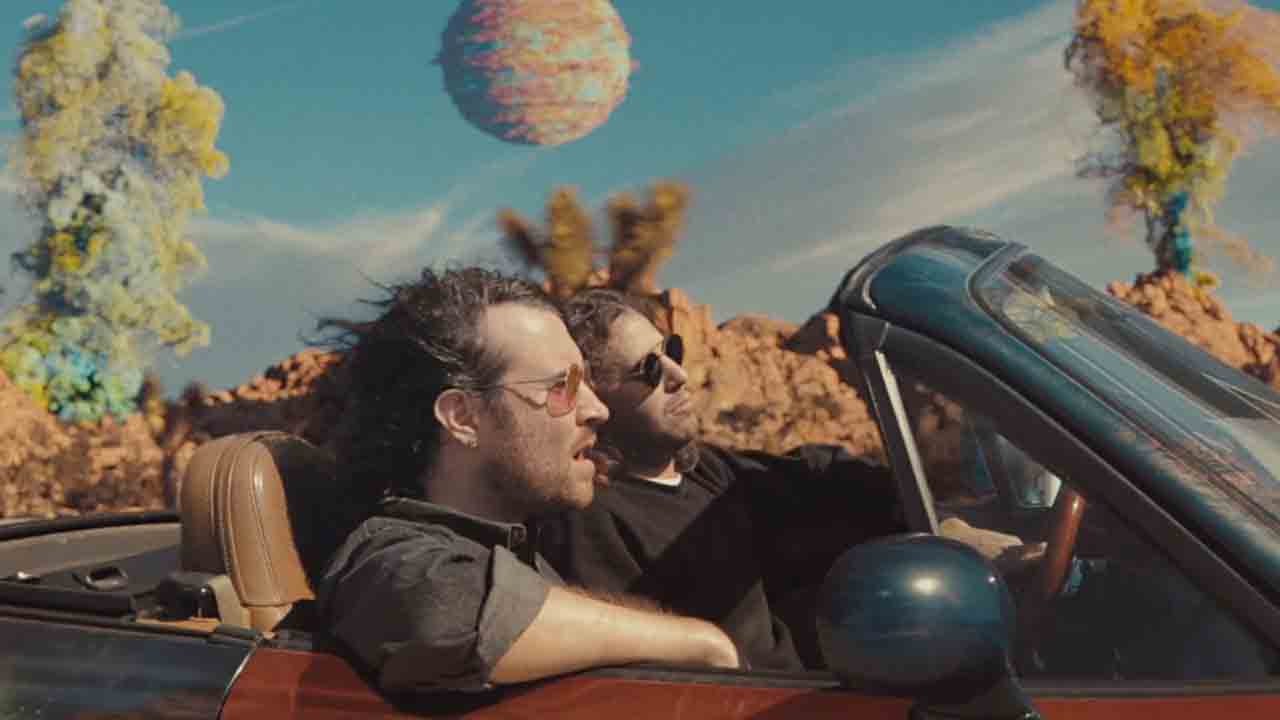 ‹ Back to List
July 23rd, 2018
Share
The Mill New York's 3D lead Greg Gangemi is known for combining his passion projects with his knowledge of CG. He recently wrote, shot and directed the band Fun Country's latest music video, for their single of the same name. Greg also crafted all the visual effects for the film, spending countless hours perfecting the look and feel.
We sat down with Greg to find out more…

How did this project come about?
Carl Harders, an old friend who I met and worked with at The Mill L.A. office, recently started a new band called Fun Country. Since I moved back to NYC from LA, Carl and I have kept in touch. When they were getting ready to release their first record, Carl hit me up and asked if I wanted to make a video, to which I replied "hell yeah!" Carl and his bandmate Dave Lantzman flew me out for a quick 2 day shoot. We drove out to the desert and crashed in Dave's girlfriend's parents house in the desert near Joshua Tree, and we shot everything around there.

What was the brief and how did you interpret it?
There was no real brief. I guess the subliminal brief was "make something wild and weird and cool". I had some ideas of what I would do when I got to LA for the shoot, in terms of the shoot and the VFX. The shoot went as planned, but the VFX took a different turn when I got back to NYC and started working on the video.
How did the team collaborate to bring this to life?
I had some crucial help from a few artists at The Mill NY studio, as well as from a good friend working abroad. Rachel Greco helped me get out the first main edit which held up throughout. I did all the particle FX, not to mention tracking every shot and doing a lot of stuff I don't normally do like roto and comping. Once the main body of work was done for the particle FX, I realized I needed some compositing help. As luck would have it - we ran into Sarah Eim (another ex-Mill LA employee) as we were headed to the desert. She later generously agreed to comp some shots from her home base at Polynoid/Woodblock in Berlin. Blake Druery in the Mill NY office also comped some key shots and then Mikey Rossiter gave it a killer grade which really elevated the whole film. Carl and Dave weighed in they gave me some really good ideas as the whole thing was underway. It was great working with them since they are also creative weirdos and have a great eye.

What hardware and software was used?
I used 3DEqualizer to track shots, Maya to build proxy geo, and Houdini/Mantra for all particle FX. Comping happened in Nuke/Flame, the grade was executed with Baselight.
What was your inspiration?
The song is obviously is the first and main inspiration. My visual inspiration for this was really the desert and the whole sun-bleached, hazy, drugged-out hippie vibe of Joshua Tree and the surrounding area.

What were the technical and creative challenges of the project?
It was a pretty serious challenge for me to complete this video to be honest. It took a ton of time. I wrestled with how I would integrate stuff behind a lot of moving trees and bushes and stuff like that. I knew I wanted to change the landscape, but it took me a while to figure out exactly how I wanted to change it. I tried out a bunch of different things. Eventually this solution of colorful volcanoes worked really well. Even once I arrived at this technique of using particle FX, it was still a challenge to give the video a visual narrative and keep it interesting.

Watch the full video below and check out more of Greg's work on his website here.
Save Playlist
My Mill Playlist (0)
Save Playlist
Clear
copy link
integer varius
Lorem ipsum dolor
Press Enter to Search