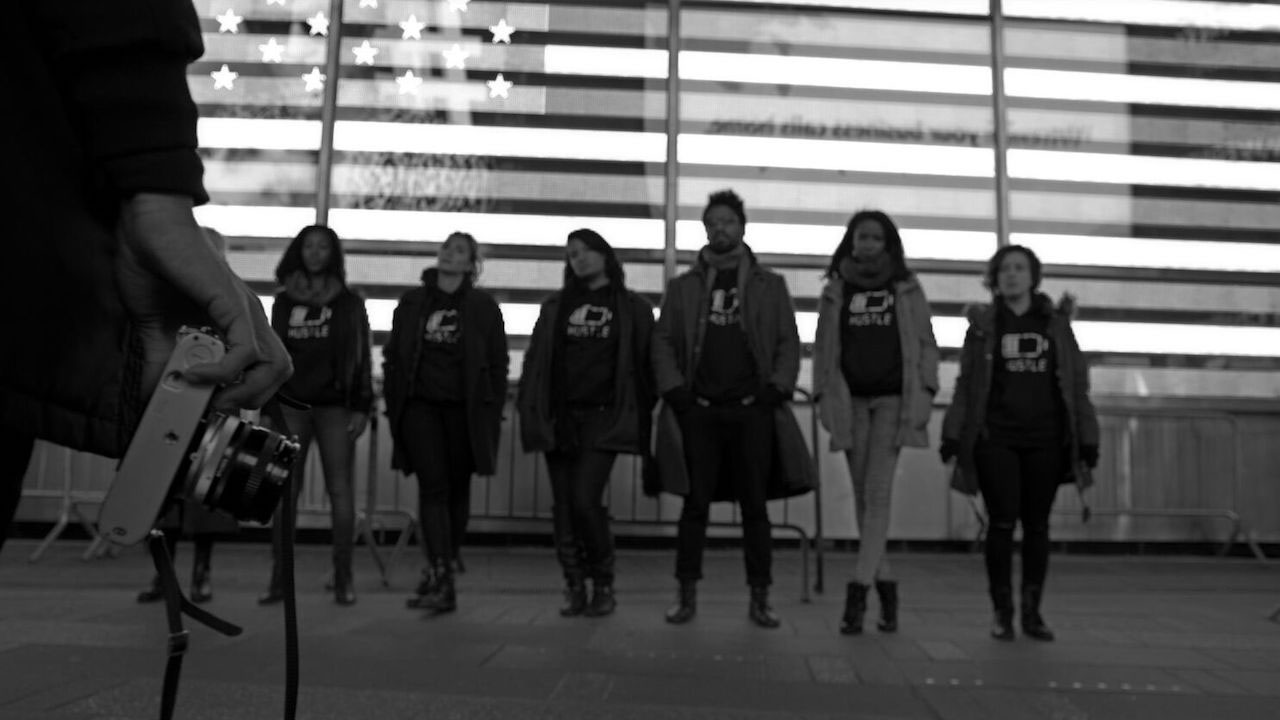 ‹ Back to List
January 31st, 2017
Share
HustleandNap is an initiative that promotes and creates visual content for artists, musicians, and creatives of color. Representation matters and goal is to collaborate with unapologetic creatives to visually document their hustle.

We sat down with Emerging Tech’s Production Coordinator, TJ Jones who is the creative behind this movement.

Tell me a bit about yourself and how you got into the field?
I was always the awkward kid who dreamt up these exaggerated scenarios based off conversations, this led me to drawing comics in class - and occasionally the class clown (which got me into trouble more than often) I loved drawing comics and watching animated movies because it allowed for so much imagination and creativity.

I ended up studying animation in college SCAD. I think the great thing about animation is that allows you to focus and really study human behavior. Also in animation and film, there's so many similarities in regards to capturing emotion/appeal/camera moves that sometimes one can say that they are intertwined. That being said, this transition for me was a slow one into the field, but led me to The Mill where I initially started off pursuing animation. Through some leaps and hurdles I found that my love for animation was still very much there, but live action film grew on me through music videos, documentaries and commercials.

Who / What inspires you?
I truly believe in surrounding myself with unapologetic creatives. Unapologetic in the means that they maybe aren’t the norm/majority of the pool of creatives that they are surrounded by. I love people who express themselves in their art while bringing every facet of themselves into their art, whether it’s through their lyrics, the way they dress, the way they unapologetically wear their hair. These are the people who inspire me. This expression is the most important, especially in the time we are living in.

What is HustleandNap and how did it start?
When I first moved to New York, I was attracted to the hustle of so many young artists going after what they wanted in their respective industries. Making new connections, I started to see a bit of a trend…I started hanging out with more and more musicians/creatives/and artists who had a similar cycle. We were all in our own bubbles and routines of creating (sometimes for 24hrs straight) and then resting, then starting the cycle all over again the next day – thus became the mantra and now initiative of ‘HustleandNap’
I wanted to get myself and my friends out of our respective bubbles and start collaborating and networking with others to heighten our creative circles and improve our art. The idea of photographing them came through my interest in photography. I always took photos on my phone but never really took it seriously until one of the artists took notice and let me borrow a camera he had. He wanted me to photograph one of his friends who was also an artist/singer/songwriter and we eventually collaborated on numerous projects. The dots started to connect …

Who are some of the artist you’re working with for HustleandNap?
I am currently working with Davi Akei, and Keilah Alexander, who are both singers/songwriters working on up and coming Eps, music videos, promos, etc. I also venture out to local live shows to network and photograph any performances to broaden my scope in hopes to attract different/more creatives that I can collaborate with.

How are your bridging your Emerging Tech world with what you are currently doing with HustleandNap?
New media inspires me, and I believe it’s where art and film is leaning towards. Capturing subjects in immersive/interactive museums is probably my favorite thing to do. It’s like you are merging two art pieces together. Your subject/muse + a selected art piece = a different experience that wasn’t there before. This also allows me to think and push the boundaries on creative storytelling, especially if I’m aiming to do this in a single photograph.

What is the future of TJ and HustleandNap?
I want to continue to direct/produce projects I’m passionate about while creating spaces that creatives can network and collaborate together. I want to travel, tour and document the artists that inspire me and extend my network beyond. The future for both myself and HustleandNap is to get out of our comfort zones.