‹ Back to List
January 27th, 2017
Share
It goes without saying that Christmas comes with a territory of sheer consumption and indulgence of food, drink, and general merriment. However, it’s par-the-course that when the clock strikes twelve on January first, we all suddenly promise only the very best versions of ourselves to the year ahead, and this often starts with our general fitness and wellbeing.

It is therefore, in the true New Year spirit, which saw The Mill transform into a mecca of health and wellness throughout January, by driving a ‘Wellness Month’ initiative across it’s London studio for both staff and Clients, in the hope of inspiring people to continue making small but all-important changes across 2017.

A wide range of healthy initiatives were stationed across the building to get the ball rolling for the new year. DIY smoothie stations installed on all floors with inspired mixes and fresh ingredients to go with each week, a jam-packed schedule hosting a wealth of activities, talks, and pop-ups.

A definite highlight amongst the action was The Mill’s very own Producer and part time personal trainer Bethaney Phillips who hosted her 'Beth’s Boot Camp’ in Russell Square Park on Tuesday Mornings. The hour-intensive fitness sessions had people trying their hand at Circuits, Padwork, HIIT and Functional Training, and whilst some commuters may have looked on in disbelief at people voluntarily exercising in freezing temperatures on early weekday mornings, there were only good things said by attendees.

Phoebe Malcolm, the newest addition to the London studio’s production scheduling team, became dedicated wellness month extraordinaire, attending Beth's Bootcamps every week and getting involved with all things wholesome across the month.

How did you find the Tuesday Morning Bootcamps?

"Beth’s Bootcamps were brilliant. There is something decidedly daunting about venturing out into Russell square before the sun has fully risen to embark upon one hour of intense exercise, particularly for those of us for whom this is unfamiliar territory (and probably some sort of new year’s resolution). However Beth’s energy and motivational expertise made each session thoroughly enjoyable. They had undergone explicit planning and all equipment was provided – even water. Beth made the most of the time we had and set us out on a number of different exercises to keep us on our toes."

Beth, whom has been a producer at The Mill’s London studio for five years, talks about how she got started with her sessions;

When did you first think about setting up your own sessions?

“I have alway loved sports and exercise, it’s just always been the case for me. I had the idea a couple of years ago that it would be wonderful to set up a fitness retreat or something similar, but arrived at the final idea of a fitness boot camp that would allow me to help others train and develop, whilst still letting me focus on other aspects of my life and career.”

How often do you run your sessions usually?

“I teach about 4 sessions a week at the moment, privately, but host group sessions over summer months as the demand is more, and the weather of course plays a part in that.”

As a fitness fanatic and trainer, how was Wellness Month at The Mill for you?

"It’s been so great doing  these weekly group sessions for both colleagues and clients at the Mill, it’s got me really excited for summer to come back around, which is when I get my group sessions back in action!”

For those who fancied something a little less intensive and more in touch with their inner-yogi, FRAME London graced the studio on Friday mornings bringing with them their unique ‘Yin’ and ‘Bend It Like Barbie’ sessions. While bending it like Barbie may sound rather daunting for the un-flexible amongst us, instructor Chris made the sessions fun and refreshing for all and attendees even learnt of his outrageously fabulous supporting role in THATMoneySuperMarket.com advert.

On alternative weeks, FRAME Yoga instructors Emily and Alice brought an air of calm upon Friday mornings, and set people well and truly on their way to winding down for the weekends.

Producer Claire Braithwaite was so impressed with the session, she gave it a glowing review after;

As one of the more experienced ‘Yogis’ who attended, what were your thoughts on the sessions?

“The sessions were a great introduction to Yin, mixed with a few more challenging poses to make sure you were still pushing yourself that tiny little bit. I liked the way Alice demo’d some of the poses so you felt a bit more confident in what you were doing, this made it all the more relaxing as you didn’t feel embarrassed!”

Did anything stand out for you from this particular type of practice?

“I really liked the ending in Savasana where she came round with the essential oil and gave you a small massage. I’ve never experienced that before in a yoga class but it was the nicest and most calming touch. Can we keep her at The Mill?”

There was also a range of activities for those who wanted to start 2017 tending to their minds and souls, as the studio hosted a series of talks and workshops, covering subjects such as mindfulness, sleep, and stop-smoking sessions across the 4 weeks.

Talking again with Phoebe, we asked;

Overall, what did you think of Wellness Month at The Mill?

“It has been great to have such a variety of things going on this month, from food to fitness and health checks to free sweatbands. Yoga and stretch class were great to attend after Beth’s boot camp sessions and the healthy snacks and drinks on offer really complimented this.”

What was your favourite part of Wellness Month?

"The resulting social aspect of mixing with colleagues you wouldn't normally have the chance to mix with, all while getting a bit fitter at the same time."

The Mill's Wellness Month also featured a deliciously healthy pop-up from Rebel Kitchen, who were on hand from 12pm-6pm in the Loft on Thursday 26th of January serving their scrumptious and goodness-filled coconut water inspired hot chocolate. All the taste without the guilt, becoming a very firm favourite at The Mill. 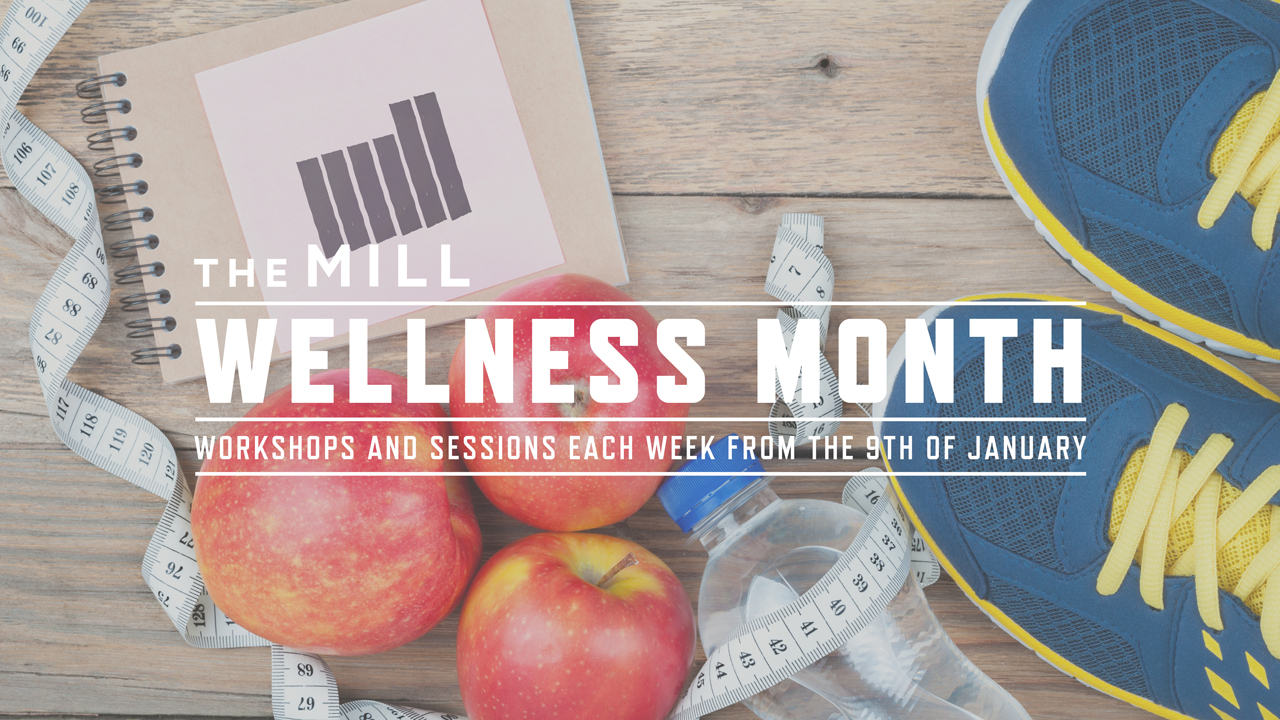 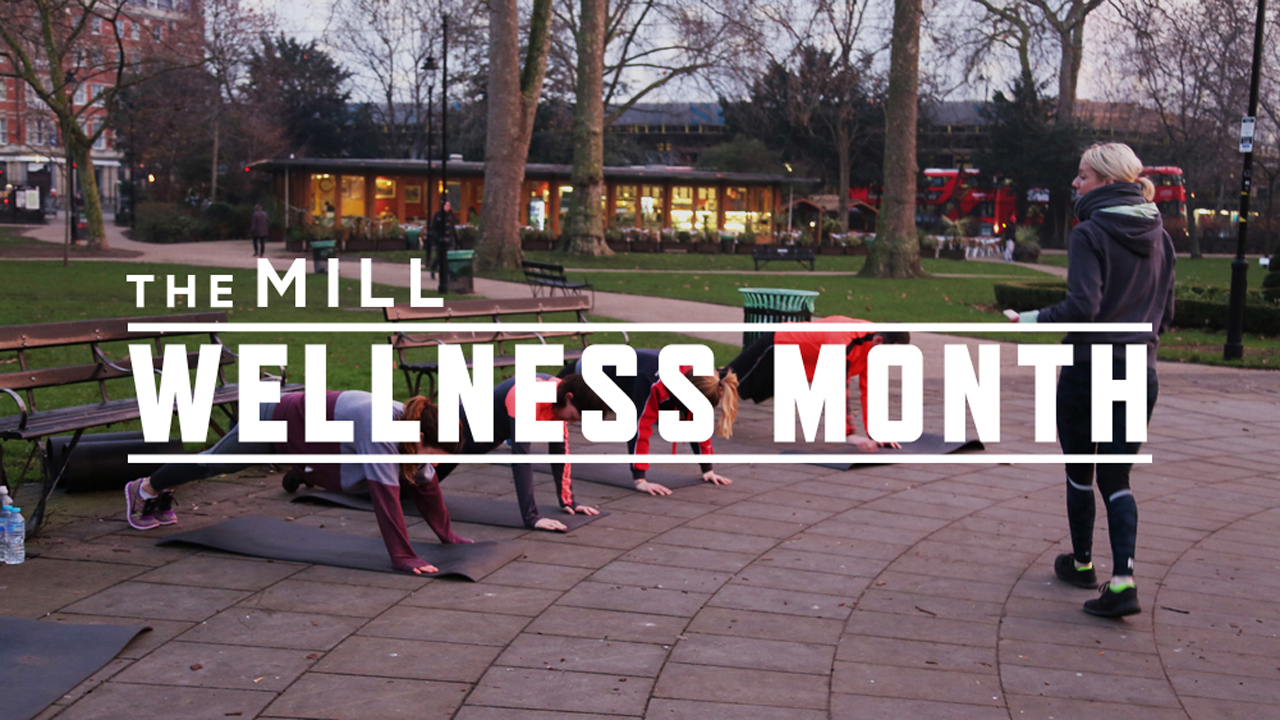